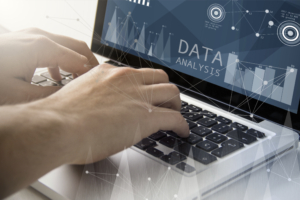 Fluid overload (FO) is a prevalent issue among people with end-stage renal disease on dialysis. There are many consequences related to fluid overload, ultimately leading to increased hospitalization, mortality risk, and poor quality of life. Historically, fluid status has been evaluated in isolation, however, as the study below authors propose, it may be more beneficial to assess fluid status in conjunction with malnutrition and inflammation status to better predict outcomes for patients on dialysis.

The authors began with two hypotheses that build upon previous research they had done related to body composition and adverse outcomes in dialysis. They proposed:

To investigate these hypotheses, they utilized the European subset of the international Monitoring Dialysis Outcome (MONDO) Initiative database. This database contains records of more than 36,000 patients receiving in-center hemodialysis (HD)! Click here to learn more about the MONDO Initiative.

Pulling from the MONDO Initiative database, they focused their attention on in-center HD patients who had the following data available:

If patients did not have the above information available, they were excluded from the study. This meant they were left with 8883 study participants in their cohort.

After identifying the study participants, they were able to set a baseline period for the study. The baseline period is defined as 90-days prior to the last MF-BIS measurement in 2011, this was directly followed by a 1-year follow-up period during which they documented MF-BIS measurements, laboratory values, and clinical parameters; ultimately measuring the outcome, all-cause mortality.

Once the data was organized, they were able to complete a statistical analysis. Here is what the study found:

The authors concluded, “…[T]he risk of fluid overload increases incrementally with more severe depletion of lean tissue and/or fat tissue compartments according to MF-BIS and is further aggravated by the presence of inflammation.” This highlights the potential importance of improving nutrition status in an effort to maintain better fluid balance in patients on dialysis.

Pupim et al found that IDPN infusion during HD increased whole body protein-synthesis two-fold compared to control groups (1). Park et al. found similar benefits from IPN in their study, 72% of patients receiving IPN had improved lean body mass over a 1-year period due to the additional amino acids (2). In both studies, IDPN and IPN therapies contribute to improved protein synthesis which can result in the building and preservation of lean body mass and other body proteins.

To learn more about IDPN and IPN therapies, check out these resources: